Release Date to be announced! 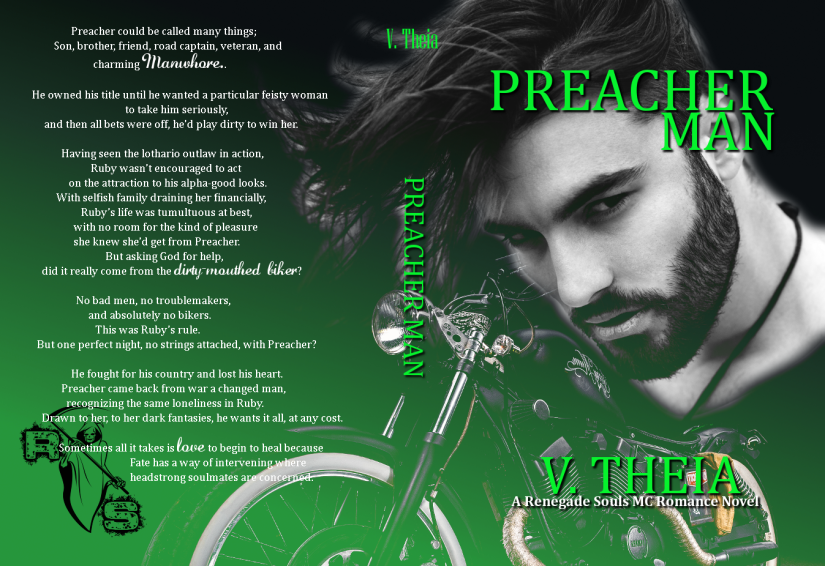 He owned his title until he wanted a particular feisty woman to take him seriously,
and then all bets were off, he’d play dirty to win her.

Having seen the Lothario outlaw in action,
Ruby wasn’t encouraged to act on the attraction to his alpha-good looks.
With selfish family draining her financially,
Ruby’s life was tumultuous at best, with no room for the kind of pleasure
she knew she’d get from Preacher.
But asking God for help, did it really come from the dirty-mouthed biker?

No bad men, no troublemakers,
and absolutely no bikers.
This was Ruby’s rule.
But one perfect night, no strings attached, with Preacher?

He fought for his country and lost his heart. Preacher came back from war a changed man,
recognizing the same loneliness in Ruby.
Drawn to her, to her dark fantasies, he wants it all, at any cost.

Sometimes all it takes is love to begin to heal because
Fate has a way of intervening where headstrong soulmates are concerned.

Disclaimer: Intended for 18+ due to the extreme sexy times between two consenting crazy in lust adults.