I’m always nosily fascinated with how writers come up with their ideas, especially those stories that are way out thinking outside of the box. So I thought I’d share a little of the process that went into making Sena and Noah’s world.

To set the scene, I was midway through writing on my MC Romance series, those over the top, bossy, alpha bad-asses The Renegade Souls MC. Grinder and Luxe were busy with kidnappings, Russians and falling in love. When this quirky, sweetly spoken southern girl with her hair tipped bright pink at the ends started talking to me. 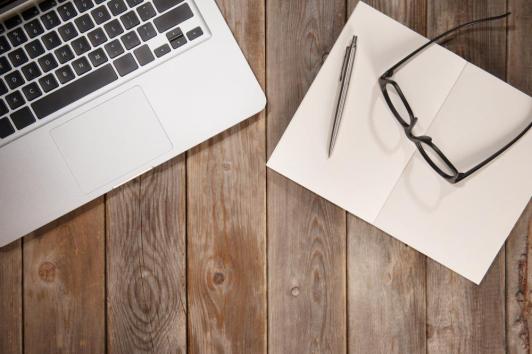 This isn’t unusual, and I’m not mad, just a writer who has around 100 different story ideas and character thoughts coming to me daily. I didn’t think much of it and I filed her away in the back of my mind because Grinder was in the middle of being beaten up viciously and the poor boy needed my attention ( It all turned out okay for him btw! )

But then, as the days went on, Sena Black kept coming back to me and coming back. And then she started to tell me about her gay best friend who she was in love with. I knew who his face was instantly. His mannerisms, his stalwart work ethic and his love for this girl came all in a hot rush and boy, was I excited.

Now to preface this with I’d had a tongue-in-cheek conversation with a friend around the same time on the topic of my favorite celebrity // husband in my mind, Wentworth Miller about how it would go if this all the way gay man suddenly fell in love with me ( don’t we all have those conversations with our girlfriends? lol )

So, that conversation was fresh in my mind and add in I had this southern girl talking a mile a minute about her unrequited love and that’s how Sena and Noah began.

I panicked a little, not only was I still writing the biker book, and up until then I’d only concentrated on one book at a time, and even that as a writer knows is hellish at times, so to contemplate adding a second WIP to my writer load it was unfathomably crazy. But I couldn’t stop thinking of their story and weaving the most beautifully connected friendship I possibly could. The premise being could a gay man feel so strong of a bond and have possessive tendencies over his female friend that real sexual attraction grew over time? Could it stem from the friendship first, to have that cemented foundation in place for love to blossom. It was never about settling or him conforming his sexuality. It began and ended with how he felt for his friend. That was my dilemma to make it believable and all through the eyes of the heroine. I don’t make this shit easy on myself!

Three things occurred to me that gave me untold writer anxiety for days.

That was going to be a toughy since I adore writing the male POV. I adore getting into the minds of over the top, possessive, ultra alpha centered male personalities. Not to say I don’t enjoy writing the female side, I do, but the men is where I’m most at home.

As I plotted the story from start to finish for both books, I knew Noah would only have four chapters in total throughout the entire duet and this was done deliberately! Crazy, right? Especially when you consider a romance reader predominantly is attracted first to the hero of any romance saga first. He is the hook. At least, for me as a reader I am super alpha-focused, it’s how my brain works.

I wanted the readers sight and formed opinion of Noah to come from Sena first so they too could experience her doubts and neurotic back and forth on her gay best friend attraction towards her but to also see his formidable pull she’d felt from day one. Sure, it was instant lust, he’s a perfectly put together man, but it was more than that and I needed to show how close they were in such a short time, how over four years their lives were intertwined to the point even outsiders assumed they were a couple.

I loved being in her mind for this section of the books, she was fun and funny and a little crazy and  A LOT doubtful, gosh, even I wanted to hit her at times. I loved walking through her emotions, sometimes it felt like a minefield, but that’s what makes it so enjoyable for a writer, to have this character who isn’t just one thing, she’s a storm of every feeling a woman has ever had when she falls in love. She’s the most in depth heroine I’ve ever written but the most playful and relatable at the same time.

I knew if the story was only told from Sena’s POV that I had to make every word Noah spoke and his every action had to count towards making the reader believe his sexuality was never in question when he declared feelings for his friend. My thought was by the end of the book no one would be expecting to see Noah’s side of the story so the surprise factor was imperative. Because at that stage I wanted to convey Noah’s truth.

A couple of sidebar notes: Noah is and always will be gay. Just because he’s never slept with a woman doesn’t mean he can’t please one in the bedroom. #DoYouKnowWhatImSaying #WinkWinkNudgeNudge #HeGotTheJobDone That grumpy millionaire alpha has skills that even surpassed his own expectations, Ha! What any strong alpha hero madly in love will do is go above and beyond to make his partner happy. Giving Sena pleasure, even that first time in his bed while she was dying a thousand deaths of giddy nerves he knew he had one shot to give her what no other man ever had or could; and that was all of himself.

I hope, if nothing else I showed love comes in many forms. Friendship being a strong contender. The bonds of friendship between any two people can be everlasting, they can be that poignant fixed point in history. A friendship that is instant and constant and goes above and beyond the norm because when love wants to bloom it grows like fire.

Thank you, dear readers, for taking a chance on this romance trope and indulging my girl Sena when she just wouldn’t shut up until I told her story.