“I’m not sure what you’re asking me here, Lawless,” Danny had an edge of seriousness crackling his voice.
Lawless wasn’t a secret sharer.
He didn’t need to spill his guts.
Or atone for his actions.
He did what he did and he always went into things with his eyes wide open.
He didn’t have a conscience.
Not so much.
Not like the normal folk, because he had reasons for everything.
Even psychos thought they were sane in their own mind, so how was he to know, huh?

Remember the Danny Murphy favor? 👀
Law Maker is coming is just over a WEEK!!
Preorder your psycho today: 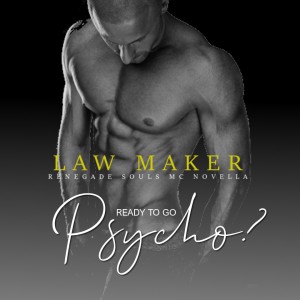